Review of Hellkite by Sarah Harsh 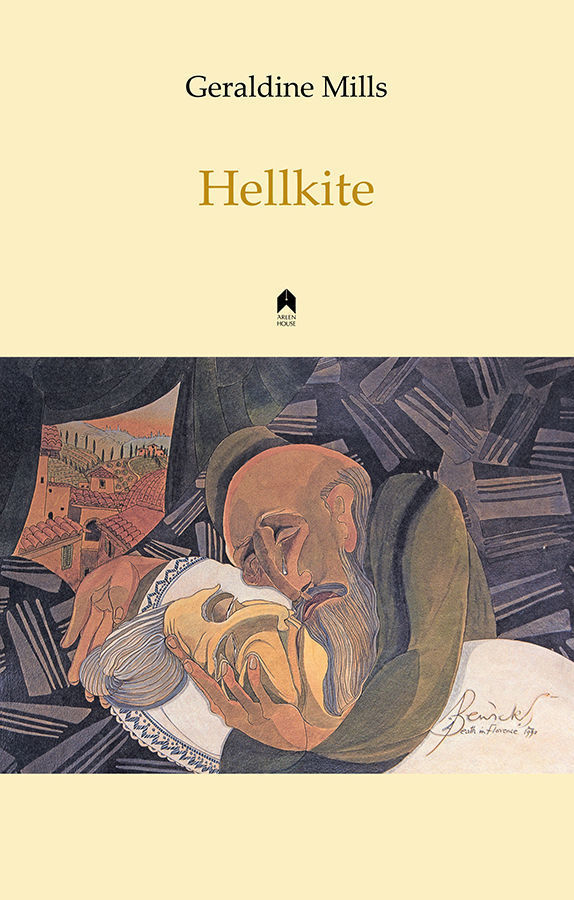 Geraldine Mills. Hellkite. Dublin: Arlen House, 2014, 160pp.
Irish women’s short fiction is in some sense a twice-marginalized genre. Women’s writing has, at times, been overlooked, while short stories are frequently misread as profitable breaks from the serious business of novel writing. The compilation of The Field Day Anthology of Irish Literature, for instance, aimed to establish the Irish literary canon and, in the process, exemplified both problems in its initial underrepresentation of women writers and its lack of separate sections devoted to short fiction. Yet critics and readers alike have long celebrated the Irish short story, mastered by such writers as Frank O’Connor and James Joyce, while, more recently, feminist scholars and writers work to reclaim Irish women’s voices. Irish women’s short fiction thus proves a productive intersection for literary analysis. Heather Ingman’s A History of the Irish Short Story pays significant attention to the contributions of Irish women writers from Emily Lawless to Edna O’Brien. Elke D’hoker’s Irish Women Writers and the Modern Short Story situates her subjects in relation to the canon while focusing on “how their work challenges the norms and orthodoxies of the Irish short story itself.”[1] Geraldine Mill’s startlingly imaginative collection Hellkite demonstrates this potential for Irish women’s short fiction to both enrich and unsettle our understanding of the genre.
Hellkite is the third short fiction collection by the Galway-based poet and teacher. Throughout the collection, Mills articulates her own voice and vision while simultaneously casting a sidelong glance at her literary forefathers. In “Frost Heave,” Mills revisits “The Dead” by probing the emotional distance between a husband and wife in a colder, darker story than Joyce’s original. Stripping away the familiar comforts of Irish hospitality, Mills sets her story in the hinterlands of the domestic realm. On a nocturnal stakeout in his henhouse to catch the animal that has been slaughtering his chickens for sport, Folan reminisces about the demise of his marriage. Thinking back to a seemingly happier time on a beach, Folan remembers how he failed to recognize his wife:
He looked back to see Gretta as she strolled the strand… something about her startled him. Something he didn’t recognize. As if a creature had come in from the sea and enveloped her so that the wife he looked at was the wife he couldn’t see. A great loneliness came down over him then. He wanted to run to her and put his hands on her face and feel the warmth of her while he promised her a new microwave, a maple tree, the heavens (37).

Just as with Gabriel’s double-take, a moment of misrecognition prompts waves of both isolation and affection. Yet in Mills’s story, the reader can follow the consequences of this intimate distance through Folan’s memories. Not long after this startling moment, Gretta leaves Folan for an American man she met on the internet. In Mills’s clever updating, Gretta’s hidden romantic life is revealed through her Facebook privacy settings.

Five of the fifteen stories in Hellkite deal with adultery, but Mills is more interested in the before and after than in the act itself. One of the strongest stories in the collection dwells on the possibility of an extramarital affair. The unnamed male protagonist of “Once Bitten” reconnects with a woman with whom he once shared a feverish, fleeting intimacy. Their renewed relationship involves all the trappings of a tawdry affair: lies, promises, midlife ennui, and clandestine hotel rooms rented by the hour; yet the relationship is conducted exclusively through letter-writing. The narrator has compartmentalized the epistolary affair into P.O. Boxes and hotel rooms, yet his emotional investment cannot be contained and must instead be cauterized.

More than adultery, emotional and occasional physical violence between lovers serves as the connective tissue between Hellkite’s stories. In the title story, Cora lures her ex-husband to a ghost estate where she locks him in the utility closet and leaves him to drown in rising flood waters. Mills renders Doyle’s claustrophobia with a vivid yet detached realism. This tale exemplifies a recurring theme in Hellkite; one in which women force men into uncomfortable domestic situations.

The opening story, “Centre of a Small Hell,” finds Bernard and his two small daughters coping poorly with the death of the mother, Margaret, who had abandoned the family. Margret’s departure and subsequent demise has left Bernard heartbroken, helpless, and enraged. Forced into the typically maternal role of primary caregiver and homemaker, Bernard grieves his own entrapment with animalistic intensity: “he let out a roar like the cow did when the calf was stuck insider her, and it had to be cut out, its vernixed head lolling to the side, dead” (22).

Animals roam across Hellkite and throw into relief mankind’s extraordinary capacities for both cruelty and companionship. From the predatory mink of “Frost Heave” to the panicked sow of “Centre of a Small Hell,” Mills finds the animals kingdom a productive foil to complicated world human relationships. In “The Call,” for example, aging bachelor Kieran cares for a family of swans with the loyalty and generosity that his human family denied him. Cross-species friendships are not always employed so effectively, however, as in the weakest story in the volume, “Pretty Bird, Why You So Sad.” Predicated on a tired equivalence between songbirds and women, the story treats immigrant women’s experience in clichés.

Characters from the otherworld also bubble up in the collection. Drawing on the techniques of magical realism, Mills weaves her supernatural characters into the lives of ordinary characters. In “Drinking his Strength Back,” Finn MacCumhnaill wanders into a supermarket and is taken in by a lonely divorcée. In “The Best Man for the Job,” the angel Gabriel pays a visit to an elderly couple’s back yard and reveals a family secret. In “This Street with Looking-Glass Eyes,” a devoted brother reimagines quotidian events as fairy-tale-like miracles in the hopes of coaxing his sister out of a debilitating depression. Whether magical or mundane, Mills is preoccupied with transformations: yellow seeds become blue dye (“Indigo”), tusks become piano keys (“Every Piece of Ivory a Dead Elephant”), cheating husbands become pigs (“Foraging”), and ex-wives become murderers (“Hellkite”).

Ingman identifies “changing identities” as the predominant theme of the Irish short story since the 1980s and notes the tendency for women writers to move away from the male-dominated “realist” mode toward more imaginative fiction.[2] In both theme and technique, Mills’s collection exemplifies Ingman’s assessment. With its violent reversal of domestic roles, exploration of female cruelty, and mythic imagination, Hellkite is a rich contribution to a tradition in transition. While Hellkite will surely appeal to those invested in Irish women’s writing and the short story tradition, it should also interest any readers weary with happy endings.
[1] Elke D’hoker, Irish Women Writers and the Modern Short Story (London: Palgrave Macmillan, 2016), 2.
[2] Heather Ingman, A History of the Irish Short Story (New York: Cambridge University Press, 2009), 225.