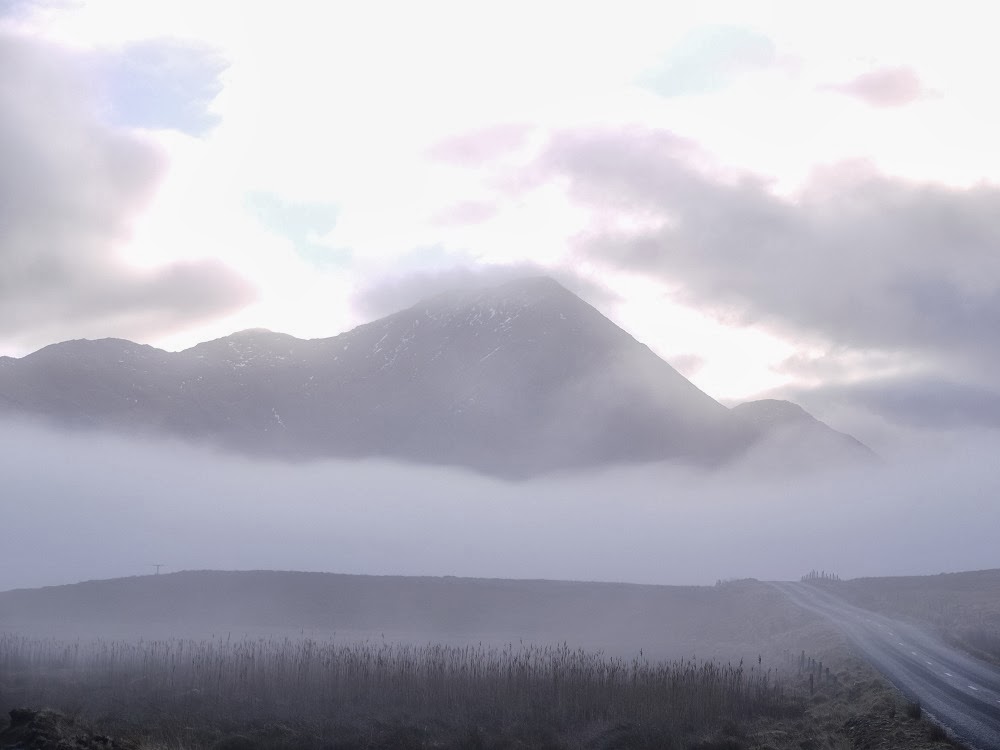 I carry a mountain of cloud on my shoulders,
patches of fog drizzle along strands of my hair,
I open the window and rain tumbles onto my head,
thunder hangs its coat behind the door.

The weather forecaster speaks like Sylvia Plath,
tongueful of words hailstone-sharp,
clipped as the north wind that fells elms.
My mind has visibility greater than ten miles.

I am delighted with the review of Hellkite in this month's Midwest Books Review by Lisa C. Taylor


Geraldine Mills' new collection of short stories, Hellkite, is brave and uncompromising. Breaking stance with the common theme of exploitation of women by men, the female characters that inhabit the world of her stories reveal themselves through infidelity, mental illness, abandonment, and on occasion, sheer evil. From an angel who appears in the body of a man jumping on a trampoline, to the hellkite of an ex-wife, her characters dwell in a place without ordinary boundaries, where a life of predictability and comfort may be an elaborate deception. The collection is unsettling in the best possible way as it challenges the status quo, the basis of institutions and relationships that the characters (and ourselves) come to trust. As metaphor for the present turbulent times of upended financial institutions, corrupt politicians, houses in foreclosure, and individuals who disappoint and sometimes devastate each other, the collection reminds us both of our vulnerability and the necessity to look beyond the obvious for answers, or perhaps the true questions.

When the young man in 'The Street with Looking-Glass Eyes' becomes responsible for his suddenly agoraphobic sister after a terrible accident claims their parents, he brings the world to her each day through stories: ...he searches out everything that might have a story hidden in it. Something he can bring back home in the evening. A moment in time swallows this character, his sister, and outside, the life that might have been his but instead is slowly ebbing away.

The rich language of Geraldine Mills' stories is otherworldly. In 'Foraging', a adulterer named Lazarus is thrown out by his wife after her gift of a class in avoiding adultery fails to dissuade him from the practice. When his heart fails, and he has a heart transplant, he becomes an entirely different man, a man who craved the green of chlorophyll, Little Gems, Cos, Romaine, in their gloriously-wilted existence. Like all of the stories in this tightly woven collection, this story dips and turns into an alternate universe of canaries who perch on broomsticks and a transplant patient who develops unusual proclivities. Nothing is literal in the world of Hellkite; the stories existing instead in a universe of tropes, a world built on sand and flood plains.

Here is a writer in control of her character's paces, from the first moment shading his eyes from the sun that was already half way to its own death to the conclusion when his coat flapped against the bruised sky and brazier of moon. Like these hapless characters, the reader travels unpredictably at a place in time that reinforces the notion that every action has a reaction, and life, in all its complexity or horror will doggedly push forward.

In the end, the stories in Hellkite are testimonies to both naivete and a human willingness to endure in the worst of times, in spite of deception or bad fortune, as if around the corner, a light might illuminate the reason for the pain, the only sign out there to show he wasn't on his own on this side of the world. Tenacity and misplaced trust wrestle with each other, proving at last that it is the story that endures, the process of giving a voice to that unspeakable, intangible part of being human, not to heal but to uncover.


For more reviews go to: http://www.midwestbookreview.com/rbw/feb_14.htm#rchttp:
Posted by Geraldine M. Mills at 8:06 AM No comments: