A taste of my forthcoming collection Hellkite 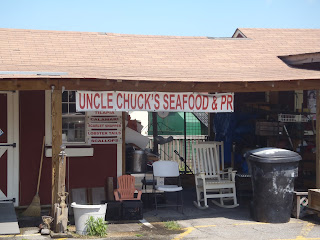 He followed all her actions on Facebook. The whole world knew about her white-water rafting and the cycling, as well as driving her truck into great hills of snow. She was smiling out at him, holding up a snow rake that had precipitated a roof avalanche on top of her. Covered in white and laughing. He could imagine the snow that found its way down behind her scarf, melting as it touched the heat of her neck. She was pontificating about frost heaves as if she had never heard of potholes. She hadn’t realised, until she was where other people were, that this was where she wanted to be, she told anyone and everyone who bothered to read what she wrote.
Sounds wonderful, Gretta.
Wish I could be you, Gretta.
That’s some man you’ve got there, Girl.
He could see her in the General Store, with its good old-fashioned charm. She was one of ‘the communidy’ now. The t softened to d, letting go of her own tongue to suck on someone else’s. Boars-head meat beside favourite frozen novelties. Walking in, being greeted by Barbara behind the counter. How rage boiled up in him. Lee Saoul playing her guitar over the soft rustle of newspapers as people turned them over and filled their coffee cups again, called out to her. A pan in the kitchen being scraped and potatoes mashed while she bought pastrami on rye, linguica, corned beef hash for her Tom. At least he wasn’t called Bud. Bud would have killed him entirely. That name opening up to her petal by petal. Sitting in the front yard on a love seat, a fucking loveseat with his square jaw and his hair streaked back, a cold beer, full-fitting jeans; blue jays in the trees.
She posted up pictures of their sugar house. Night temperatures cold enough to send the sap rushing back down the bole of the tree, followed by a warm day that drew it right up again. The two of them in their big, red ass pick-up as they drove out to the sugar bush, striking it while the sap was running, boring into the trees, the spigot drip, drip into the pail, bucket, whatever she called it now. All day and night the stove fed with kindling as they boiled off the water, reducing it all to sweetness. Bleeding sweetness out of the sugar bush as if she were born to it. Drinking in all its sickening sap.
Could she not have waited for his sugar time, good old promises between her lips, instead of packing up and taking the bus to the airport, fuck-friend waiting for her at the other end with his Shiloh Sharps.

Posted by Geraldine M. Mills at 7:02 AM No comments: