What the Dark Becomes 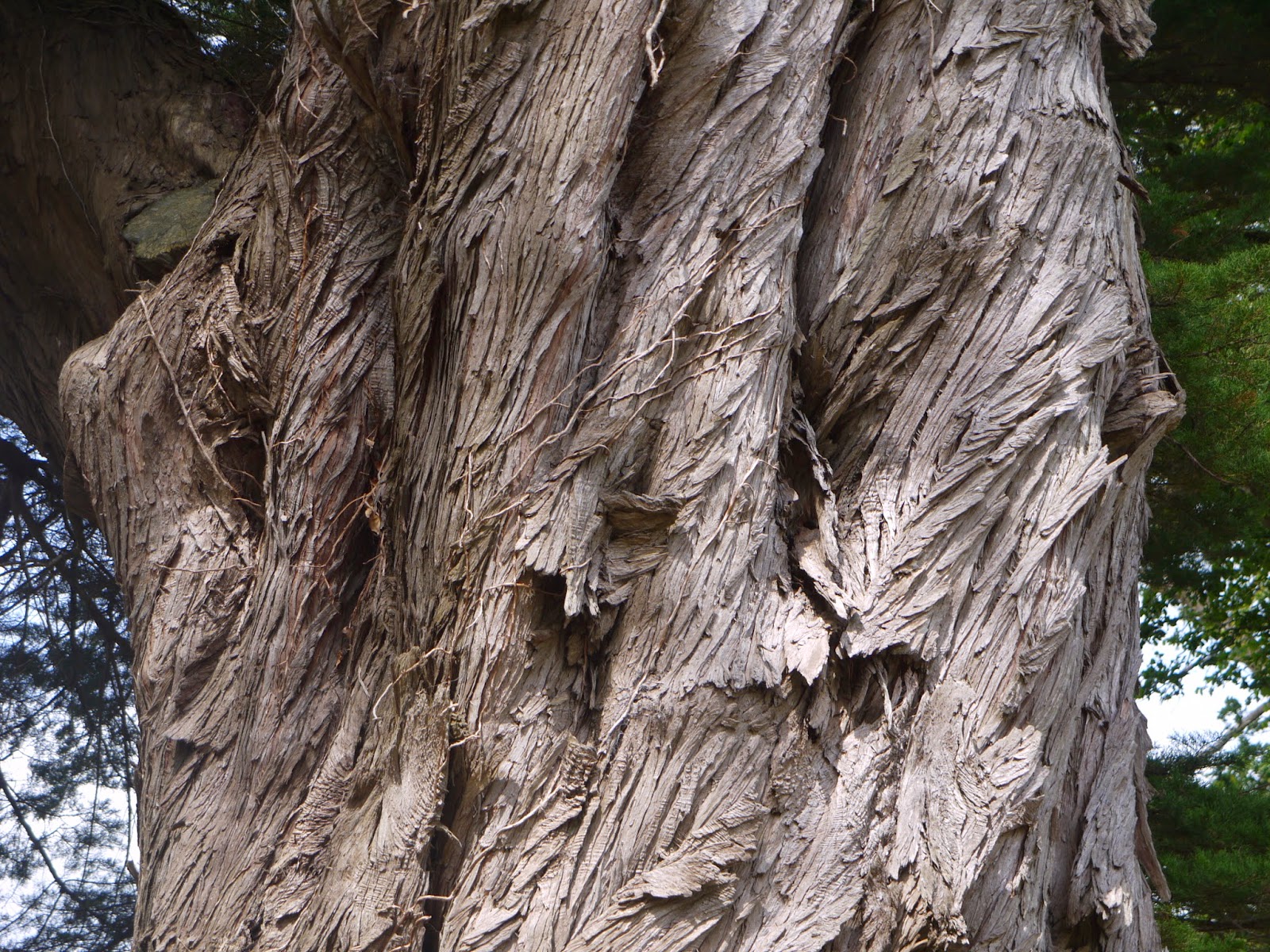 What the Dark Becomes

Injured, the young barn owl pushed its head
into the tree,  trying to hollow out some darkness for itself.

Brightness blinding, its knitting needle beak clicked away
until I put it in a shoebox under the refuge of hedge.

All day it ate nothing, drank nothing
just blinked its yoke-yellow eye at me.

Listening for the slow sounding of dusk,
I carried the box to the hill, turned it on its side.

The fledging bird, dazed, flopped out, stumbled
across the grass, up, then down again.

because it gave a little run, a flap of wing,
flew back into the dark it swept out of me.

The Cúirt Literary Brunch was certainly a very special morning in Vina Mara last Sunday where I shared the platform with Geraldine Mitchell, a very, fine poet whose work I greatly admire and Edward O'Dwyer whose debut poetry collection  is one to watch out for. I read Centre of a Small Hell from my third short story collection Hellkite (Arlen House). My gratitude to Alan McMonagle who gave such a considered introduction to my reading that I asked to publish some of it here. He kindly agreed.  If you are not already familiar with Alan's compelling short fiction go and get a copy of  Liar Liar (WordsontheStreet) or Psychotic Episodes (Arlen House, 2013) 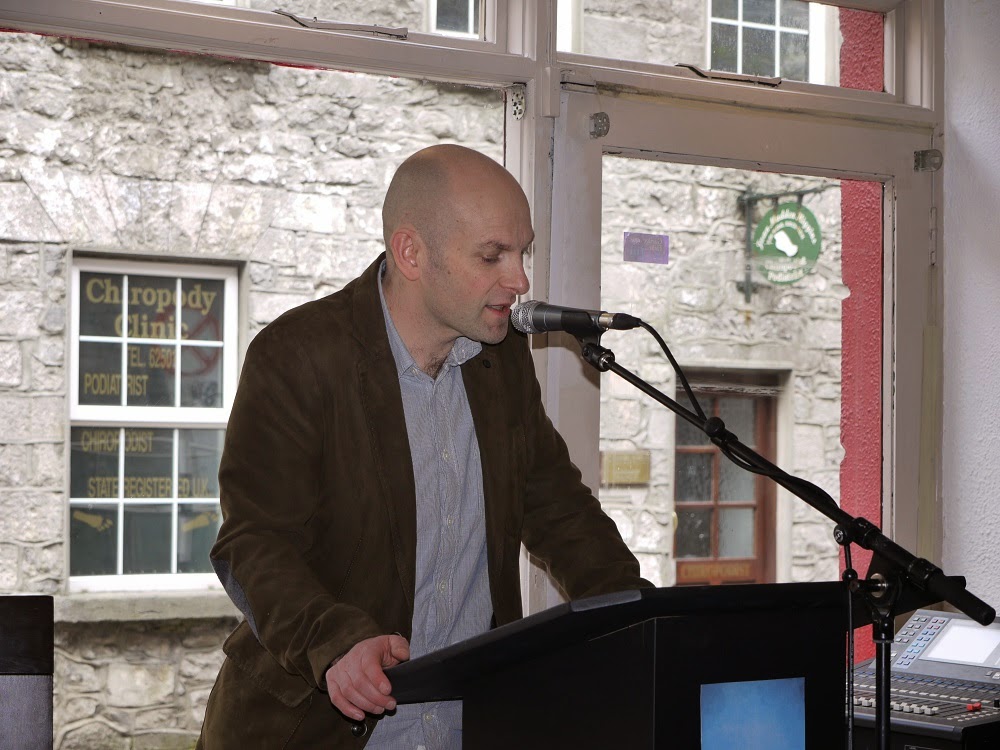 Alan McMonagle
Thanks Alan for the following:

Finn MacCumhaill shows up in the fruit and veg aisle of a supermarket. The Angel Gabriel takes a shine to a trampoline set up in a moonlit, country garden. We witness an adulterous man's metamorphosis into a pig. While another man, for whatever reason, takes one step too many and finds himself locked away in a room of little ease.
These are just some of the scenarios offered by Geraldine Mills in her third collection of stories, Hellkite, a collection courageously peopled by a cast of mischievous, indifferent, cruel, and indeed hellish women.


Men are in trouble in these stories. They are betrayed, pecked at, lied to, stowed away, literally put on leashes. Indeed, upon reading the title story in this new collection I can safely say I am never going to look at a cubbyhole the same way again. And I now have a new mantra. Ladies First...
When I read Geraldine's stories many names come to mind: the earthiness of Flannery O'Connor, the comic surrealism of the great Uruguayan Eduardo Galeano, the imagery of Pauline Bewick. To paraphrase a well-known boxer, Geraldine's prose floats like a butterfly and stings like a bee. Geraldine takes risks in her writing. And like any self-respecting risk-taker the acknowledgement implicit here is that things may not always go according to plan, the writing itself becomes a high-wire act, a leap of faith and ultimately its own reward.
Listen to some of these opening lines. A man fell out of the sky and into my garden... All through the day the geckos come, flicking up the walls, their tails writing dark all over the plaster...With the splutter of the chainsaw the birds rose from the trees like black letters into the blue page of the sky...and one I really like...When it comes to women I'm as helpless as a cow in quicksand.
...notice the avian imagery, that stretching of reality, the mythical atmosphere we are instantly immersed in, the almost casual surrealism of it all, the playfulness and of course the foreboding.
Geraldine has said in interview that It’s not enough to have a good story if the writing doesn’t stand up and equally no good if you have well constructed sentences and no plot. The alchemy is in the melding of the two.
And so let me now invite an alchemist extraordinaire to the platform. 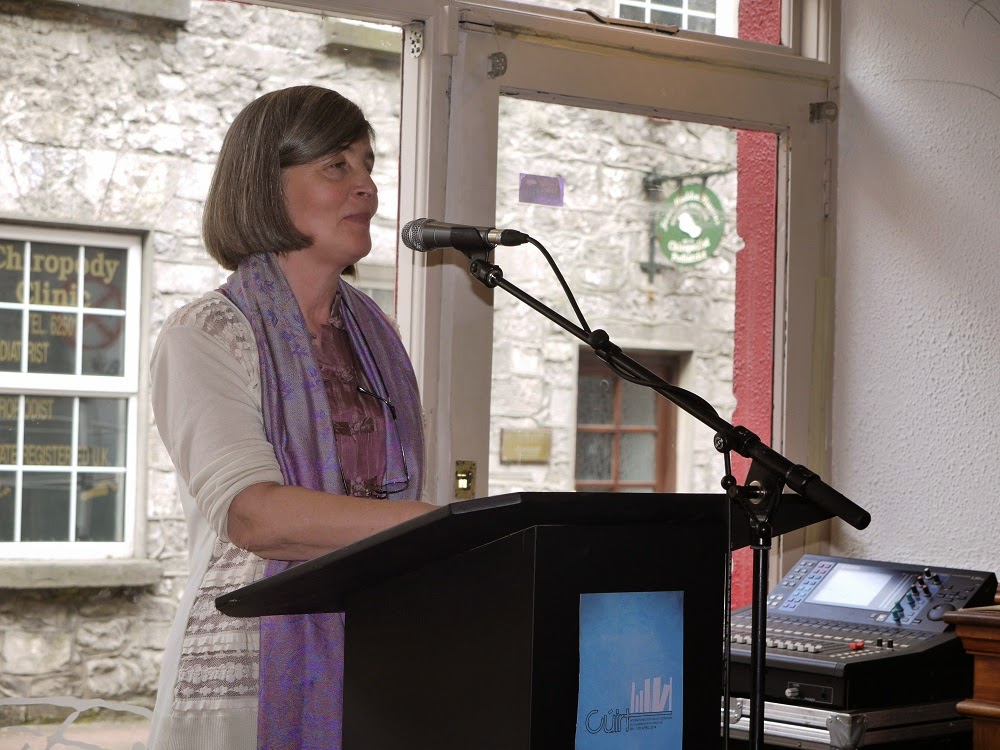 Getting into the reading voice 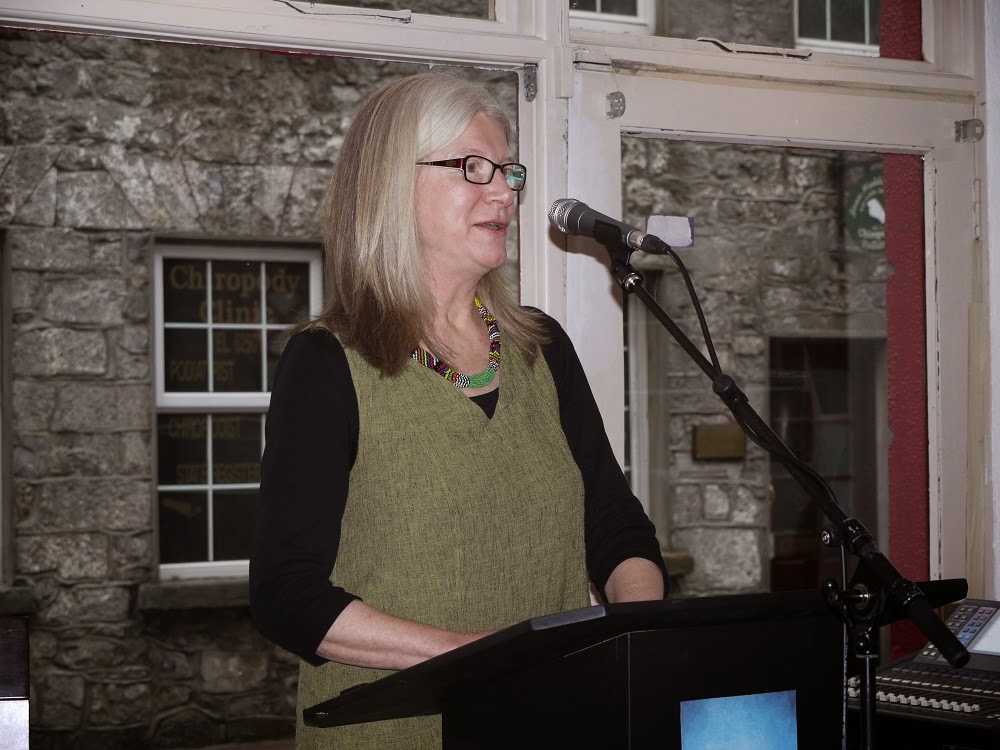